The Old and New Christmas, New Year pines, and Other Weird Stuff about Russian Holidays

Hey there, folks! It has been a while, right? Have you missed me? I'm pretty sure you didn't, and yet again I'm writing another article full of bad jokes only for you!

We have just been through the New Year holidays in Russia. God, am I glad we have over 7 official holidays! There are a few traditions in the end-of-the-year celebrations in Russia that differ from any other part of the world, in the sense that they are sooo weird. Russians, amirite? So I decided to dedicate some time to talk write about them.

The Old and New Christmas

It all changed when the fire nation attacked with the Romans, or to be more specific, the Gregorian calendar. The western world switched calendars, one thing led to another, and a few thousand years worth of history books later, we got the western Christmas on the 25th of December. The Orthodox Church, however, still uses the Julian calendar. Only God knows why. Did you see what I did there? :D

So the Orthodox Christmas is still celebrated on the 7th of January. Even though the Julian calendar is gone, the date is still the same. And it comes with a co-co-combo! They also have their "Old" New Year on the 13th of January. Are you mind-blown? I was mind-blown when I found out.

Now, I know what you are thinking "Christmas after New Year? What kind of aberration is that?" and you are totally correct to think that. I don't understand it either, but different from our Western traditions, the Orthodox Christmas is an extremely religious event. No Christmas dinner or gift-giving, only praying the whole. Boring as hell, I know. Did you see what I did there again? Boring as hell. Christmas. :D

Though I should note that celebrating Christmas on the 25th is getting more popular in Russia, specially between those who don't follow the Russian Orthodox Church.

And speaking about gift-giving

Well, if Russians don't give gifts on Christmas, so when do they give each other gifts? Never, because gift-giving is only for capitalist pigs such as you and me. Oink-oink. I'm Kidding, they give gifts on the New Year. Which is also weird, but I guess it beats giving nothing.

And they don't simply give gifts. They put it under the New Year tree. Yes, you read that right. Russians call it New Year tree, or "New Year pine" to be more accurate. This has something to do with religious oppression in the Soviet Union. You know how it goes, all that atheist religious-is-the-opium-of-the-people stuff and bla bla bla. Jesus, just google it. Another Christmas pun :D

And what about the long holidays?

Ah, that's the best thing about New Year in Russia! Unless you want some government building to work. All the days between the 1st and 7th of January are official holidays and therefore if you are a regular employee, you don't have to work (or you get double-pay for working these days.)

And it gets better! There is a law that transfer holidays that fall on weekends or in the middle of the week, so this year (2021) has all the days since 1 to 11 covered as non-working days, which is totally amazing. I love Russian laws. Never criticized them. Please keep adding holidays.

Well, for today, that's it. I don't like to think too much, it hurts.

Have I missed something about holidays? Should I rant about the Russian Salad? Or list all the reasons why there's no need for a presidential address on the New Year's Eve? Give me some feedback in the comments! Maybe next week I'll share some crazy stories of my New Year celebrations in Moscow as a student. Those were pretty fun times. 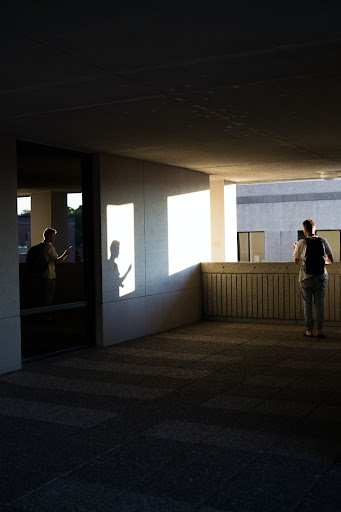 Hi again! I hope you are enjoying this Saturday as much as I am not . In order to distract myself from my existential anger and frustration, I decided to come back to one of the moments when I experienced anger and frustration towards someone else, not myself. That's basically my secret recipe to cope with life. Where were we? Ah, yes, the fateful day when all hell broke loose in the apartment. If you haven't read the first part, here it is. The frying pan During a beautiful winter morning, I happened to wake up a bit later than usual. This fine gentleman was preparing some coffee with milk using a frying pan. Why was he using a frying pan instead of the perfectly good microwave? He refused to help us pay for the microwave and electrical kettle that we had bought for the apartment, so he could only make coffee with the frying pan.  Now I know this might sound very outlandish if you are living in a university dormitory, but in our apartment we used to wash dirty dishes right awa
Read more

Leandro Cassius
St Petersburg, Russia
Writing a blog about my life as an expat in Russia. Hopefully, my personal experiences will serve as an interesting and funny source of information about hoe foreigners live in Russia and get acquainted with Russian culture.